Officially arriving in October of 1917, Lionism in Texas has grown from 12 founding clubs to over 899 clubs with over 26,000 members. Texas has more clubs with more Lions than any other state in the country. Texas is known as Multiple District 2, or MD-2 for short.

The Keller Lions Club are located in District 2-E2, which goes from Glen Rose all the way to Denison. The district has over 70 Lions Clubs whose focus is on serving those in need, as well as the needs of their communities.

In 1925, Helen Keller addressed the Lions Clubs International Convention in Cedar Point, Ohio and challenged Lions to become "knights of the blind in the crusade against darkness." Since then, we have worked tirelessly to aid the blind and visually impaired. 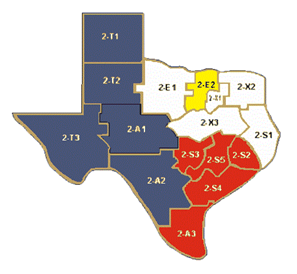